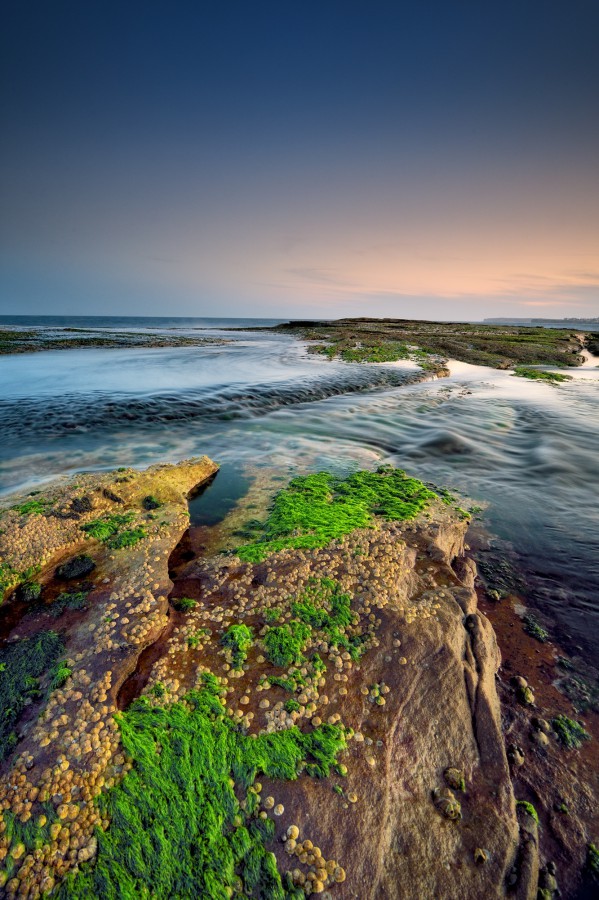 Risking life and limb to capture the little sea creature huddled on the shore of the raging river 🙂 ok probably a little over exaggeration, but i did get my right toe a bit wet waiting for the right wave to flow over the rock shelf.

The sun had already set over the city skyline that is north Coogee and the subtle pastel colours were coming out to play. With one foot delicately balanced on the only somewhat not submerged rock and the other skating on slippery-ass moss I tried to capture the little shells (which by the way, my daughter loves to pick up, collect and relocate 😉 ) coupled with the S curve of the water flow and the lines of the rock to point the viewer to nice pastel serentity that is… nightfall over the clovelly rockshelf.

20 thoughts on “Colony by the Sea”