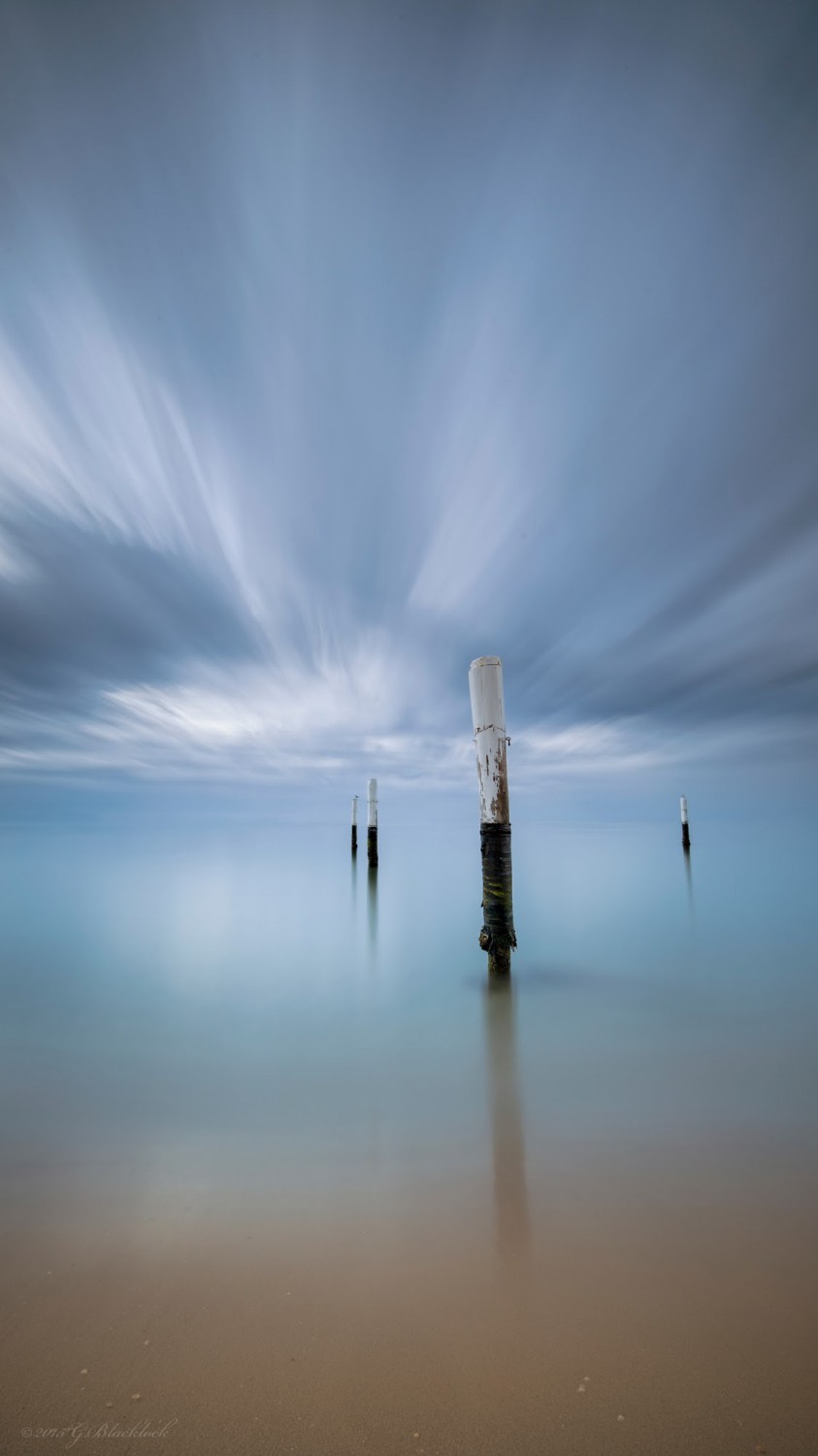 Life throws alot of things at you, some good, some bad.. in the absence of any useful advice, persevere is the only course of action…well thats what I reckon anyway 😉

Cruising down the parade at Sans Souci on the edge of Botany bay things seemed pretty dire from the photographic perspective; the clouds were heavy, rain was falling and sandy shore and picnic areas were littered with rubbish providing that extra incentive to drive on..

However in the face of crap-ville (photographically speaking, Sans Souci is not really that bad 😉 ) I pulled up at the carpark that I had found on google maps just near the ruins of a old sea pool / shark net..damn i love google maps, its like a treasure trove of stuff that when viewed from a dinky little satellite could be either nothing or something, in any case, without the maps i would not be there 🙂

I donned the rain coat and whacked my camera rain cover (code for plastic ziplock bag and rubber band) on and headed out into the rain. The location is actually pretty cool, fitting well with my minimalist phase 🙂 there are a number of old poles which previously held some kind of shark net which just make for awesome subjects.

I forgot my freaking polariser which would have helped a bit in this scene, but, one must deal with these kind things…

Single shot, long exposure, the rain cloud had just passed and engulfed the opening of Botany Bay, i took a test shot, of 3 minutes, in which time a small wave sunk my tripod, so this was the second take on the shot

28 thoughts on “Even when things seem hopeless, always persevere”