Just a few thoughts one processing and manipulation.. 🙂

Onto the image, and note , I love a good discussion about images, it’s what gets the brain thinking and expands ones views beyond their own I have learn many a good thing over a strong debate on a image 🙂

Ironically, alot of the serious manipulation I do and there is quite some in a few images 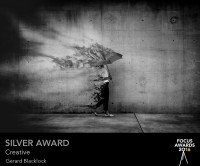 , is more about altering the view, for example cloning out things and simplifying the scene than manipulation of the colours. In this image there was actually very little colour manipulation, now the level of manipulation is obviously quite different for each person, some may just apply a preset to the image in camera, others a whole range of tweaks as it comes into and out of Lightroom for example.

This image was stitched in PS and then edited in LR. The biggest manipulation imo, was the lightening of the water on the left, it was quite bright but needed a little push to get it stand out more. I also did some clonage on the right horizon due to some crappy stitching, the horizon was a bit mismatched 🙂 in terms of colour, there was not a great deal done, a tweak on the vibrance, 30 odd in the noise reduction, 20 on the sharpening, a smidge of de-haze, probably about 10 ..and I do recall using a radial filter (i love those) to brighten up the centre a bit more. Finished off with a bit of contrast and extra exposure comp.

So, I have attached one of the frames from this scene, noting that the final image is a 3 frame pano, this frame segment image was shot raw, I applied the vivid preset in the raw converter (CNX2 via raw2nef) and then resized and sharpened down to 2000 px wide, this, for me, is the closest I get to straight out of the camera. I always shoot raw and with the neutral setting because I want complete control over how my image is processed.

In this frame you can see the fishermen, of which there are two, they look different to the final image that is because only one fisherman in the final frame stood still enough to remain relatively sharp, i cloned out the other dude, who was pretty cool since he had a head torch 🙂 but too blurry

So I am gonna call this one definitely not fakery (if there is even such a thing) and whilst it means very little to most, the colours looked like this to me on that morning, and this is one mantra I have for the majority of my images, I want to make it look like what I saw, now my eyes may see more vibrance and have selective objects vision 😉 but hey…

Don’t be limited by the perceptions and judgements of other people, its your image, capture and process it without any boundaries other than the imagination of your mind . There are no rules on how you should process, or by how much, art is not bounded by imaginery lines put on it by history.