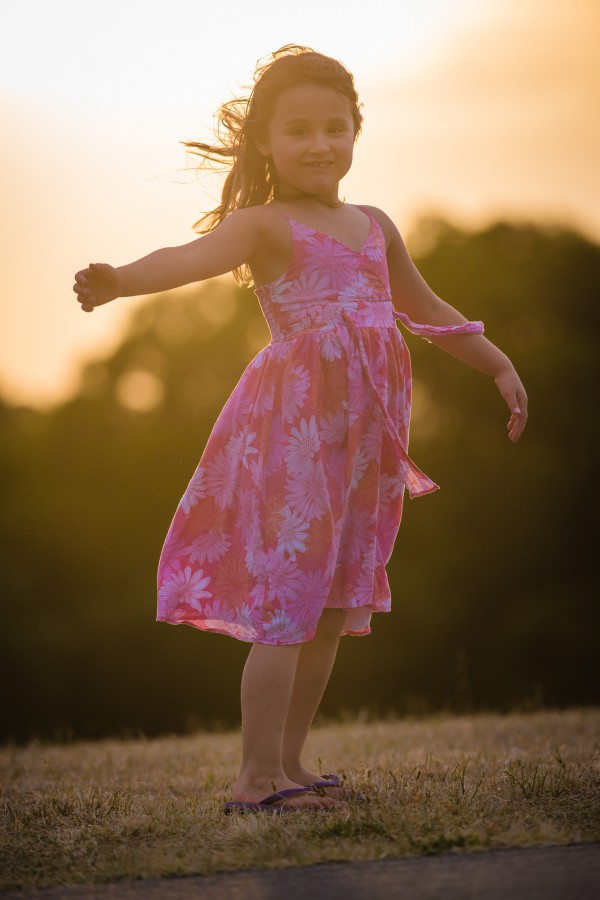 So Chaos says to me:
“are you taking some photos of sunset today?”
me: “hmmm, I had not planned to, why?”
chaos:” can we go and take pictures of sunset… pleaaaasseee?”
me:” sure why not.. its not a school night”
(i don’t take much convincing .. 🙂 )
after some negotiations with the boss we were off 🙂

Anyway, there was not much photo taking but lots of running up and down hills, rolling down hills and getting burrs/bindies in the hair 🙂

So, I definitely wore chaos out.. but geez.. i think I am gonna have to go to fitness class, its getting to be a struggle to keep up with her 🙂

On another note, the dynamic range of the +My Nikon Life D750 is pretty astounding, this shot was straight into the sunset and I was going for some silhouettes, however i was surprised at the dynamic range straight out of the camera not to mention the ability to pull shadows and highlights from the raw file – which now, by the way is supported by +Adobe Photoshop Lightroom straight out of the box. Alot of my processing is being done solely in LR5 now thanks to nikons poor form in not making CNX2 compatible.

Anyway.. the dynamic range is a substantial jump from my other crop sensor camera… the D7000 nicely done nikon.