One solution is to take along a torch, which if you have any sense you would have cause its damn dark and you would stumbling around in the dark without one 🙂 anyway you can take this torch and provide a little artifical illumination, its a bit of trial and error but the results can be OK… mostly I have found it pretty hit and miss, and in this case.. well things got a bit too cooked, hence the title compete the artificial rock takes over the image and just about drowns out the for sunrise 🙂

Another point to make about using your torch to light paint, and I bang on about this all the time, is to make sure you use it nice and low to the ground to get some texture, but also more importantly choose where you want the light to come from – don't do what I did in this case and be lazy and just stand next to camera and halfheartedly wave it around 🙂 pick a spot well off to the side and give it a nice flow. Apply more light further away from the camera and less closer to the camera since the closer bit will light up much quicker.. you know light fall off as you get away from the camera.

single frame, LED torch illuminating the rock fence from the right hand side, the other reason for the lazy man option was it was dark and I could not see much and.. there was some big potholes there .. anyways..thats the excuse I am sticking too 🙂 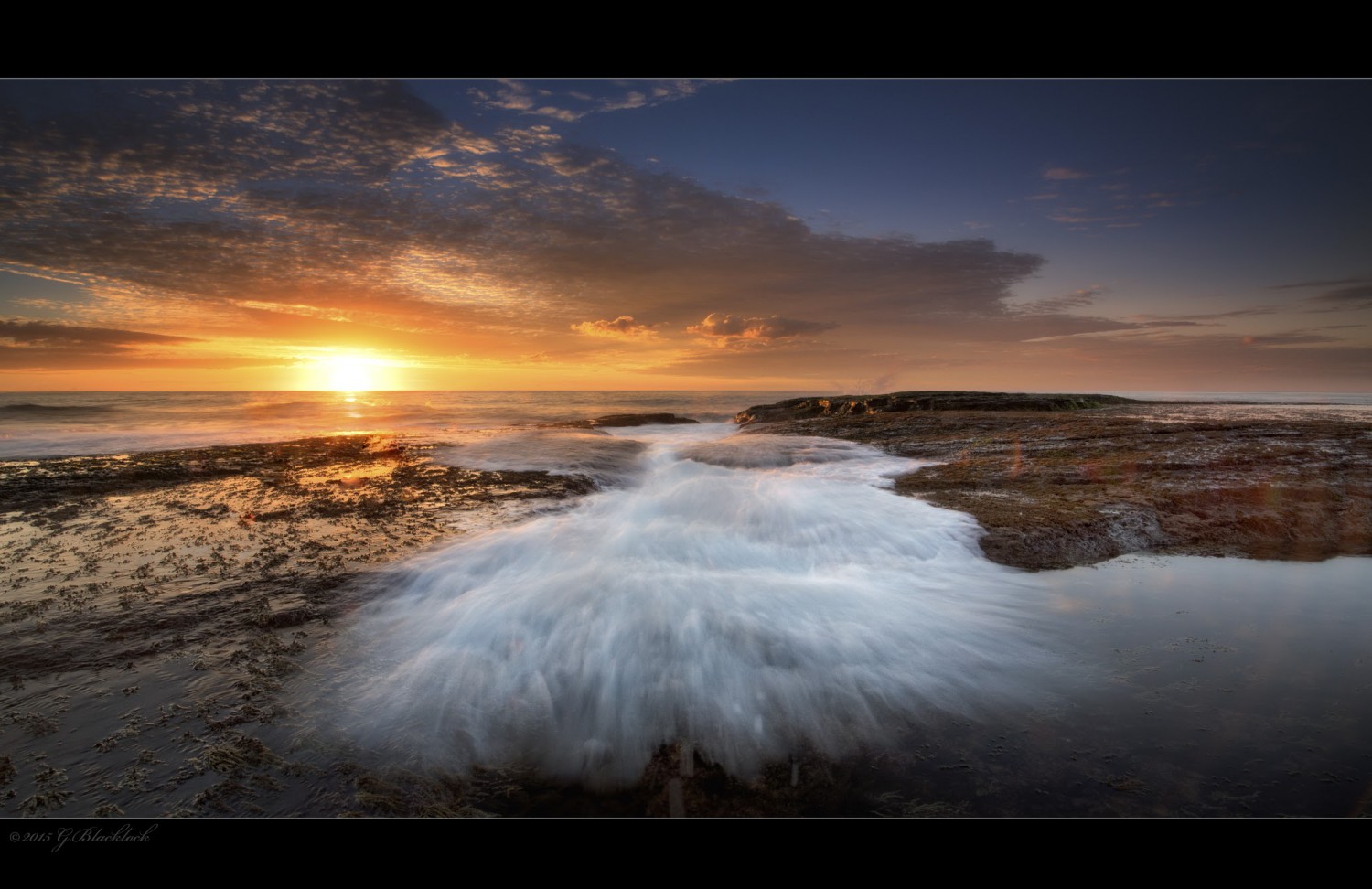 and not of the monetary kind 🙂

I really like the way the waves fanned out as the sun peaked over the horizon at 6:15am