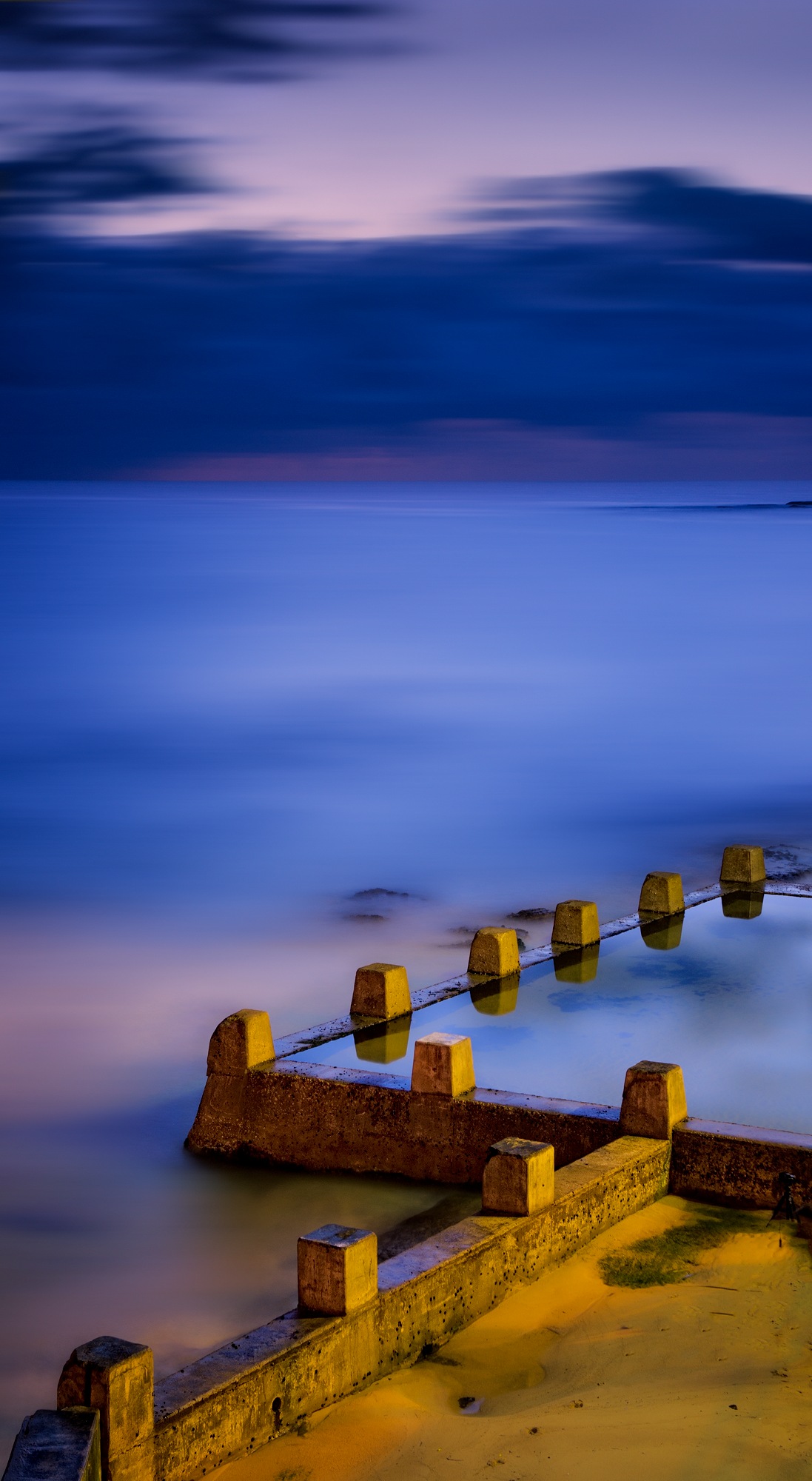 Probably the most typically composed shot you will find of this location at Coogee (Ross Jones Pool) The edges of the sea pool lend themselves to being composed with cool S curve, whether its down low, or up high I think it works pretty well.

This particular morning Rod and myself met up with the initial plan to shoot this pool and maybe check out the next couple of ones along, however we did just hang at this one, in hingsight, i think we could have avoided all those othe rphotographers and gone to Wiley Baths of something – especially avoided that dude who came in and set up right in front of us (which by the way was in this shot, bottom right, but got cloned out)

Nonetheless, here is to the world of cliche, S curves at Ross Jones Pool.