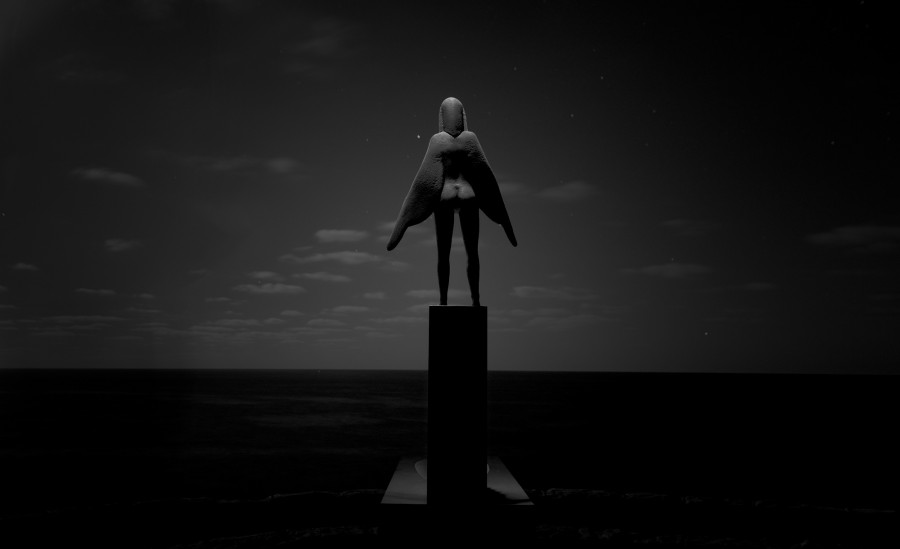 pantless at that 😉
Sculptures by the Sea 2014
Ya gotta wonder what the artist has going through their head when they come up with various works like this – not in a bad way, just purely from a interest point of view.
By day and night the sculptures are plagued with photographers, the lighting painting aspect of the sculptures has seen a roaring increase in the last year of so and every time i have been out there have bee all manner of light painters from peeps with a single torch to pixel sticks and a trailer load of equipment!
On that note, as a lighting painting photographer I think we all have a responsibility to respect the art which we are photographing, I had a midnight chat with a few security guards who mentioned there has been some damage to various works from punters – including that cool bondi icebergs pool one which was smashed 🙁

This image is simply lit with a pencil torch and the moon, simply trying to highlight the sculpture.

13 thoughts on “The Watchers”