I have to say, I have had it up to teh neck with shit 20mm fans, I have had three in this box, all of which have seized and stop, not that its super critical from a cooling point of view, but nonetheless, three different branded 120mm fans locked up in a relatively dust free environment, also its not like there are being switched on and off all the time, they just about just sit there running 24hrs a day…The first one was a Zalman, not particularly quiet either, but cheap, the second was some non-descript number an dthe third a coolmaster one, which seized after only 3 or 4 months I did not even notice it had stopped until I checked the temperature logs…

Nonetheless, it now has a Artic Cooling one in there, which is pretty quiet, so that sorts out the exhaust fan, however the CPU cooler is a tired old Arkua Socket A CPU cooler Arkua7228 , great heatsink, but the fan is built for performance rather than quietness, so it was off with that bad boy and on with a 80mm fan adapter and a old/new nexus 80mm fan – the space was a bit of a issue but it is a multi-processor machine so I just moved to teh other socket position – I don’t think my gateway/firewall really needs to be a dual processor number 🙂

Now, cocytus is suspend high above all, literally and running very quite with the most noise coming from the harddrive! 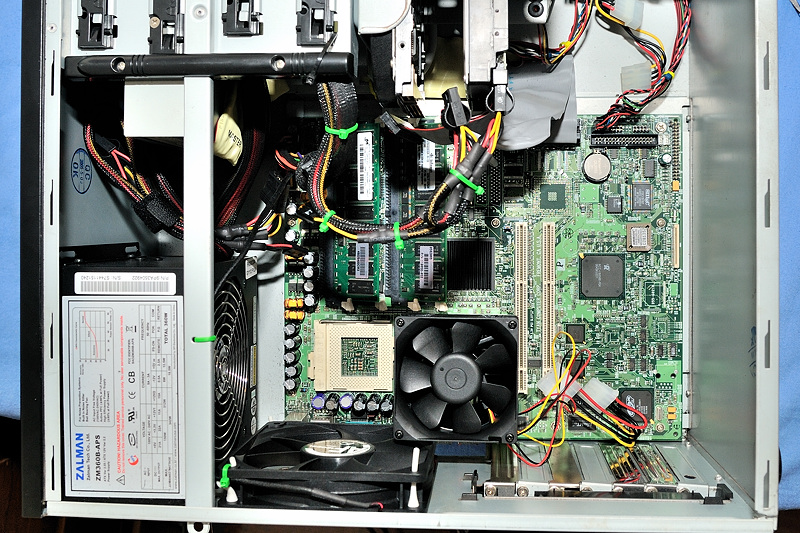 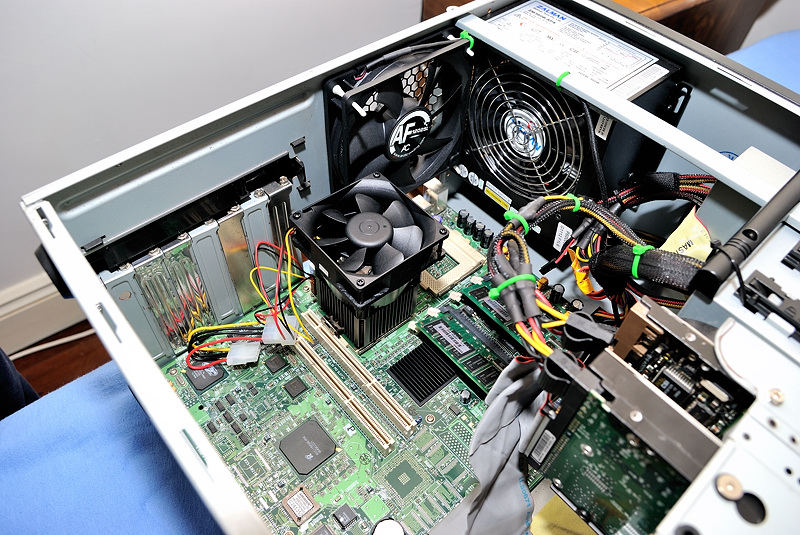 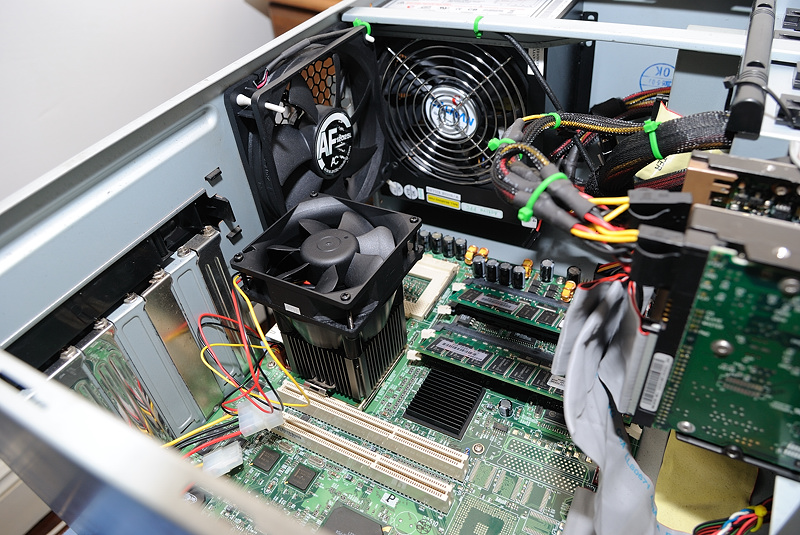