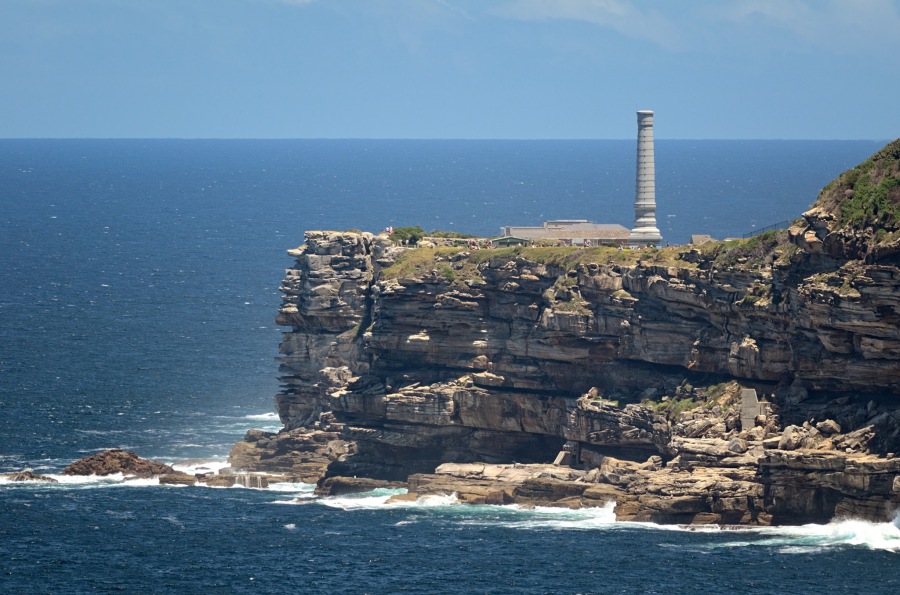 Quite some time ago I was up on the infamous cliffs of the eastern burbs of Sydney and from a vantage point forther north of Bondi I noticed this mad looking exhaust stack stitting out on the headland, at the time I took a few snap shots to keep it in the memory bank for another day.

Now, what is even madder, is that if you look closely (this is full res version) you can see a few peeps down on the rocks, one dude doing some rock fishing, and someone else. Now, how the hell did they get down there?
This thought has plagued me on other occasions, how on earth do these dudes get down there, are they mad rock climbers as well as nutter fishermen?, I have seen the same at North head in Sydney harbour, which, by pure concidence this week end some fisherman was rescued by a the rescue chopper after falling several metres. If you know North head, sheesh man its water and cliff, nothing else!
Anyway to the important stuff, the dude was rescued by the Ambulance NSW Augusta-Westland AW139 helicopter, by far one of my more favored choppers.
I digress..
so does anyone know how people get to the bottom (alive that is by the way) of the cliffs at North Bondi? cause there are some cool rocks there which would look awesome for sunrise 😉
Stand by for some funky shots of this exhaust tower.. up close and personal.