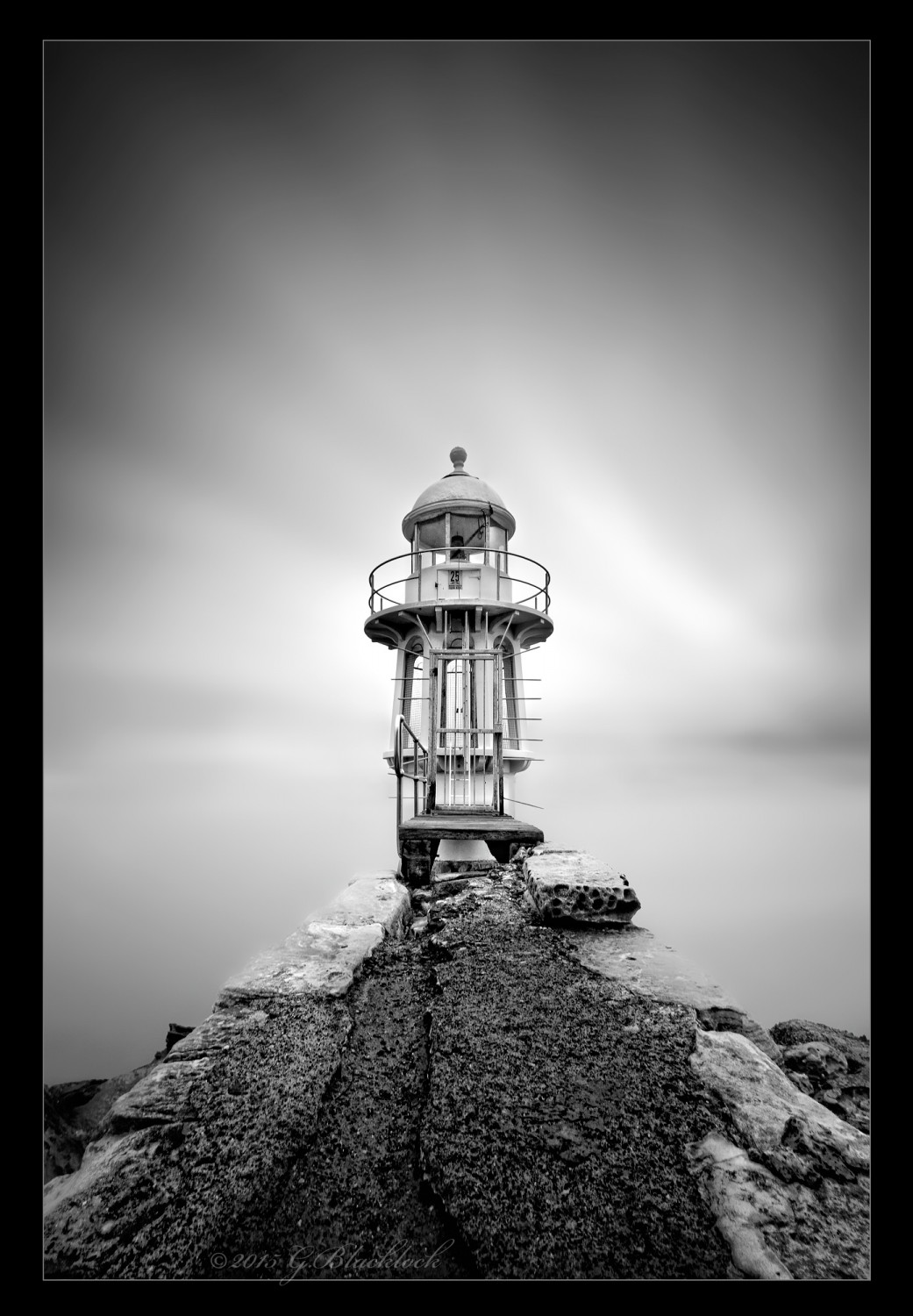 holding the fort against the fuzzies

After a failed attempt at sunrise this morning (due to rain and lack of sleepage), which involved a few mad text messages with Rod  at some ungodly hour…. I had a some time to burn and was nearby this marine navigational aid (which was the failed location of the sunrise session), so myself and Chaos made the decision to brave the drizzle and take a look, having never been there I thought a reccy would be worthwhile, so after a few minutes walking we came to this steel rung ladder leading down the small headland, hmmm probably not so appropriate for a 5 year old….. so I said to Chaos
‘are you brave enough to try and climb down there with me?”
to which she responded
‘not sure dad…its a long way down’
now, just some perspective, this is the girl that climbs on those crazy looking jungle gyms in the park and scares the the living daylights outta dad 😉 ohh and those climbing gyms are probably a bit higher than this ladder…
‘ I’ll spot you as you go down?’ to which she said very indignantly , ‘no i don’t need you to spot me i can do it by myself!’
🙂
anyway i did insist on me spotting her as we went down, rung by rung in the wet 🙂
After which we recc’ed the joint and took two long exposures, Chaos insisted on cleaning up all the rubbish on the shoreline at the small outcropping with exclamations of ‘oh my gosh, these naughty people who drop their rubbish… don’t they know a pelican could swallow that! ‘
gotta love kids…