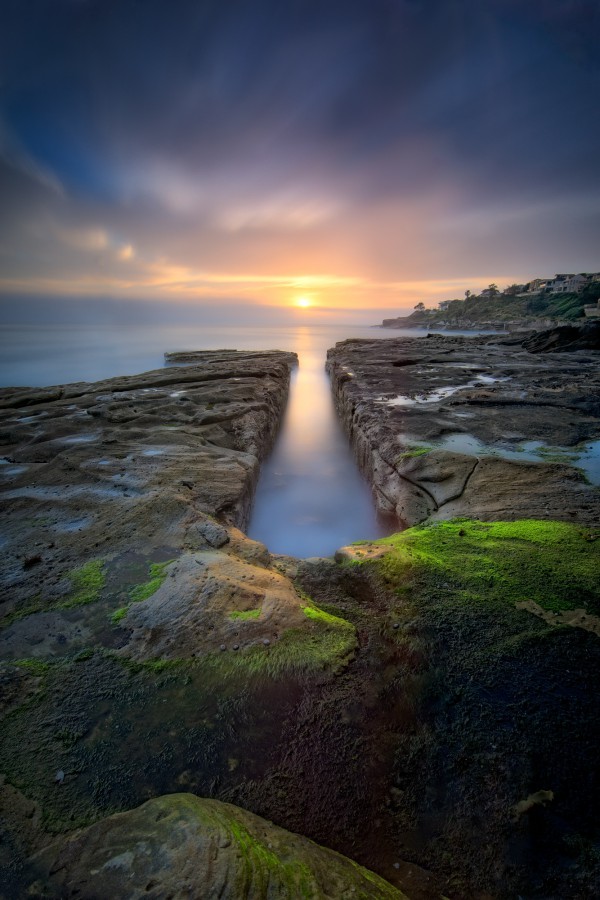 a man born well before his times

After posting my previous version of the Lurline Channel image (http://blog.avernus.com.au/lineup-lurline/) and incorrectly and ignorantly labelling it some sewer channel it got me thinking (as rare as that is) about why the channel was there, so off to mister +Google+ it was for some research, it was very quickly apparent that the channel was anything but a sewer outlet, in fact it was part of a very historic moment in time and also very much about a man, Peter Bates who was well ahead of his time. Peter, designed, built and successfully proved that wave powered electricity generation was possible and potentially feasible at this location – Lurline Bay Power Generation.

It is quoted ‘the Lurline Bay power project was a remarkable story of human perseverance and , ultimately , bitter disappointment’. I don’t entirely agree, disappointment maybe.. but remarkable achievement all the same, especially given the era.

Peter was, in the true sense of the word, a engineer, with no formal training, he was a man with the natural tendency to think like a engineer and harvest scientific information and engineering skills, his feats on the Lurline Bay Power project (and other smaller projects, moving eyes for dolls, rock drilling…) just go to show that simply a university education is not enough to be able to quality yourself as a engineer – that is another whole story in itself btw 🙂

After quite a life of engineering, importing scissors, singing family and kids among other things, and at the ripe age of 51, Peter turned to concentrating on his Wave Generation project. In 1920 he submitted a patent titled “Improvements in and Relating to the Utilisation of Wave Motion”. In 1921 he really got cracking and with a 5 year leave pass from his wife 🙂 , a sidekick to help and also some funding he managed to successfully setup a system consisting of vanes, pumps and turbine / dynamo to produce enough electricity to power a single light 🙂 .. well we gotta start somewhere right!

The project continued to develop past the 5 year leave pass (1929) from his wife (man I am glad i was not there asking for another 5 years!) but successfully managed to refine the design and system to produce a peak power of 5,000 watts.. that’s pretty respectable for that era. This is basically where it ends it would seem…

As part of the design and probably something that took up a large portion of the time was the building of the channel, this was cut from Sydney sandstone, which by stone types is actually quite soft, but I am sure when your cutting it by hand it is still bloody hard. Anyway, the channel is obviously still there today with some of the original brickwork (and pole) and is the main feature that I noticed when doing some research for a sunrise photoshoot here.

So there you have it. This location is part of the renewable energy generation.. nearly 100 years too early 🙂

Here’s to you Peter Bates, h/t.

Onto the image, this is the composition and the position of the sun I have been waiting to capture for some moths, it lines up nicely in the months of November and December, I had taken a few conventional shots prior to this and the sun was just starting to peek over the thick band of cloud on the horizon, to slow things down a bit I used the Lee Bigstopper to really extend the exposure time, however, I made one cardinal sin (in addition to all the others I have made 😉 ) I did not cover my viewer finder with the DK-5 cover, this is the only feature that nikon needs to be beaten over the head for when it comes to the D750. One has to remove the eyecup and place this fiddly little plastic cap on the viewerfinder, what a pita, really nikon, you could have just stretched it to include a viewfinder bind…

Anyway, as a result of not covering the viewfinder, I ended up with a nasty vertical streak in the frame (top to bottom), after swearing profusely to Rodney and wishing a thousand papercuts to the nikon engineer who designed the D750 without a view finder blind I resigned myself to another ruined 4 minute exposure…

Later, when processing a few of the images from the morning I was looking at this streaky frame thinking, ‘can I salvage this?’ I decided to give it a crack.. after about 30 minutes of tweaks, adjustments and voodoo magic I got it to a point where the vertical band was… well .. less noticeable..

So, can you pick where the vertical band was??